I had never known my father so deeply unless I sat with him for the formal interview. Here is a brief write-up of the long flawless journey of a legend who has weaved his life the hardest way but still stand strong on his ethics:

Dr. Tarsem Gujral- is a name that people can oath on. It is a common saying among his friends, if ‘Pal’ (an affectionate name given by friends) has said this, there is no doubt or second opinion to be taken on. He is a man of the principles who always believed in ‘you act what you expect’ from others. Hence, he set an example to live a meaningful life full of courage, strong moral values, firm determination and constructive thoughts. He considers his writings as a service to the mankind through which he spoke against injustice, addictions, malpractices and be worthy of the life.

He was born on 10th April, 1950. His father, Mr. Siri Ram Gujral was a successful local businessman and owned a popular shop Gujral Bag House, he was a man of wisdom. His mother Smt. Raj Rani Gujral was a housewife.

Mr. Tarsem Gujral was a keen observer and introvert as a child. He completed his M.A. (Hindi) from Guru Nanak Dev University. His doctorate was on the ‘the contribution of Prem Chand Ji in diverse story time periods’. He was never a businessman and could not take over the family business.  Not being tactful by nature, he led a simple life. He did the job as an auditor in an office which hardly valued his writing caliber.

He got married to Ms. Santosh Lamba in the year 1970 at a tender age. He chose to name  her as ‘Kawita’ after marriage and rested his inspirations on her. Interestingly, both of them completed their studies  after marriage. They have seen the dawns and shadows of life together. She has always been his pillar of strength .

Q1.  What moments made you feel that there is a writer in you?

A: I don’t owe it to any particular moment as it was always there-as a part of my soul. Seeing many deaths of the closed ones in my childhood (younger brother and grandpa) and the tragic partition of 1947 had made me indifferent and shaken. The Hindu- Muslim political partition had left people with their lives upside down and loss of family, reputation and even flesh. It used to bother me a lot.

Our childhood didn’t have any you tube or tabs, the main focus used to be on telling stories. My grandparents used to make me tell stories. Not only them, I was a famous story teller among friends too. Their interest and sparkling eyes while hearing my stories worked as an impetus to me. I used to feel inspired to tell a unique and better story next time. Those story telling days and the feel of a hero among them still carries a special place in my heart.

Q 2. When did you start writing?

A: My first draft was done when I was in class 9. I made an effort to write a novel. It was just around 20 pages when it lost its life through a visitor at home who took my papers lying on the center table to light the cigarette. That incident annoyed me and made my decision to be a writer stronger.

Q3. Do you feel reading and writing are complementary?

A: Reading works as a fertilizer. As per Newton’s law, every action has an equal and opposite reaction. One feels motivated by the rich literature written by the great personalities. Furthermore, the thoughts get direction too. I wish to mention here about my Hindi teacher at school who used to say “Although stealing is a bad habit yet if one has to do it so as to read ‘Godan’, one must surely do”. Mr. Prem Chand’s writing skill has always impressed me. 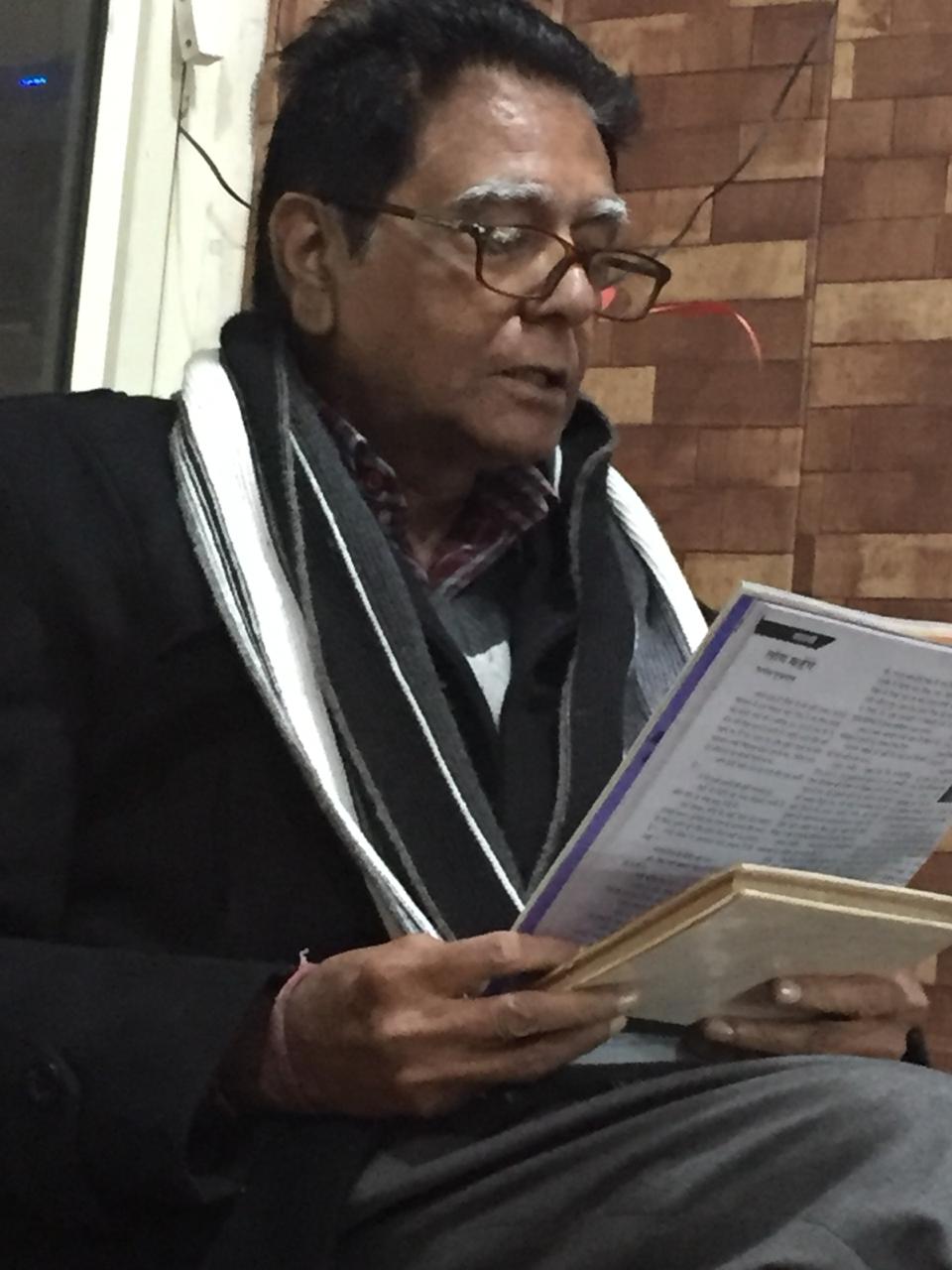 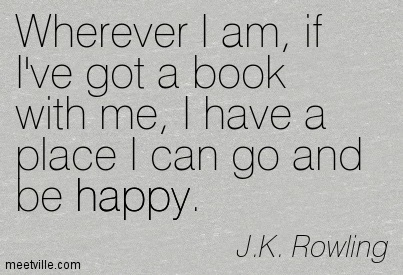 I used to read a lot since childhood. Me and my friends used to rent a book at Re. 1/- and had shared readings of the same book. I recall the magazine “Parag” –children’s story book which used to be our all time favorite.

Our land has produced the legends that have raised voices against atrocities through their writings. ‘Pen is mightier than sword.’ We must read them. Any literature which leaves a positive message for the society always captures my heart. To name a few- Mr. Prem Chand, Kushwaha ji and Amrita Pritam Ji.

Q4. When your literature did get published first?

A: My first poem was published in the magazine “Veer Partap”-Sunday magazine. It was a feeling of immense pleasure. I was even aired for the first time in ‘Yuvvani’ in which I recited my poems. ‘Koi Ek din’, ‘Raakh aur Cheelien’, ‘Danke ki chot par sharafat’ and ‘Phir bhi aas’ etc. are few of my creations. I have even translated English and Punjabi literature. Moreover, I have even done critical appreciation of many books.

I have also been closely working with the TV for several TV programs ‘Kavita Path, ‘Samiksha’ and ‘Goshti’ etc. Throughout my literary ride, my motive has been to get Hindi its due acknowledgement and leave a positive message for the society.

Q5. As per you, what is life?
A5. Life is unpredictable and uncertain yet it is a beautiful creation of God. It is a structure with barricades. We never find our dream life but that doesn’t mean we should stop trying. Although there is no pathfinder available, yet we should struggle hard to find our path. And if one is dedicated, one will certainly find it. Instead of waiting for the destiny, we should create our own destiny.

Personally, life has been unfair to me from the birth till now. Lost my loved ones in this journey. The loss of my young son is the greatest loss which can never be covered. Shattered by heart, I still stand strong with my shaking hands. I am committed to write when everyone is fall asleep. I am devoted towards life. Well, my life is my books-kind of linear pair!

I am grateful to my friends who has been my strength and support in my sorrows and joys. My heartfelt gratitude to all of them from Print media, TV, Radio and my pen friends. Special thanks to Mr. Mohan Sapra- my role model -Guru and friend, Mr. Vinod Shahi- my boon companion, Mr. Gurbachan- the confidante!

Q6. What message you would like to give to the young writers and society.
A6. I would like to urge the youth of today to be focused. Set goals. Don’t live in the given situations rather get out of your comfort zone. Invest all your energies to achieve the set goals. Apart from the regular job, do something constructive.

Here, I would like to mention an incidence. When I was little, I used to fall sick often. Due to my sickness, my attendance in the school was low. My parents, having lost their one son, were quite worried about my health and future. They took the opinion of a palmist, who said that I didn’t have the line of education in my hand. But I was fond of studies, I created my line of education myself. So, you somehow create your destiny too.

For the writers of today, the youth decides a nation’s development quotient. I have huge hopes on them. They are enriched with technology and wide vision. Encouraging, radical and constructive thoughts are expected from the young writers.

Q7. Having published 55 books and many other literary works; Having bagged the National award, Punjab Siromani Award, UP Sohardya award and many more, where do you find yourself among other writers?

The motivation we get by achieving these awards cannot be ignored too and I am deeply thankful to the concerned persons for showing their belief in me. I should not let them down.

A8. My connection with my readers is interesting, instinctual and reflexive. I feel amused by the bright rays of sun, the butterflies’ flutter, the giggles of a child and the wrinkles on the face of an old woman and I choose them as my topics. The readers feel connected and immersed automatically. 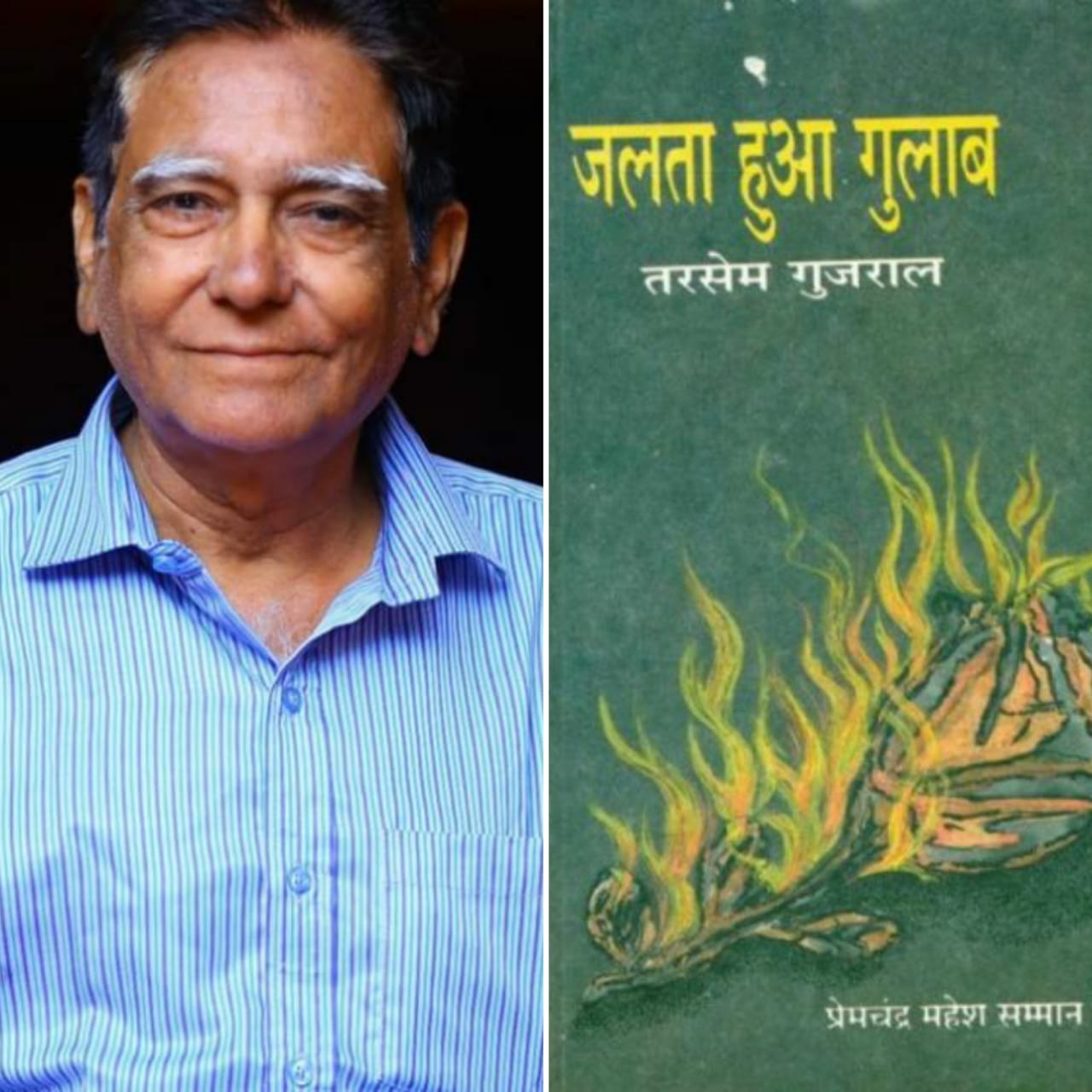 A true writer always gets drenched by the surroundings- pleasant or terrific. My first novel ‘Jalta Hua Gulab’ was my expression of sufferings, the burnings and inhumanity spread during 1984 riots. It was recognized by the great Nagarjun ji too.

I received many calls thanking me for penning down of the tragic historic period. But one call made me feel that our work doesn’t go in vain. One person called me up to thank me for saving his life. He went to the railway tracks to commit suicide but before dying somehow he purchased a book and read it overnight. The words of the book made him change his mind. He called up from the telephone booth to inform the same. For a writer, such incidents are incentives. I have received postcards for appreciation of some article or story read in some magazine, book or newspaper. These are my assets. These are the wealth we writers carry with us. 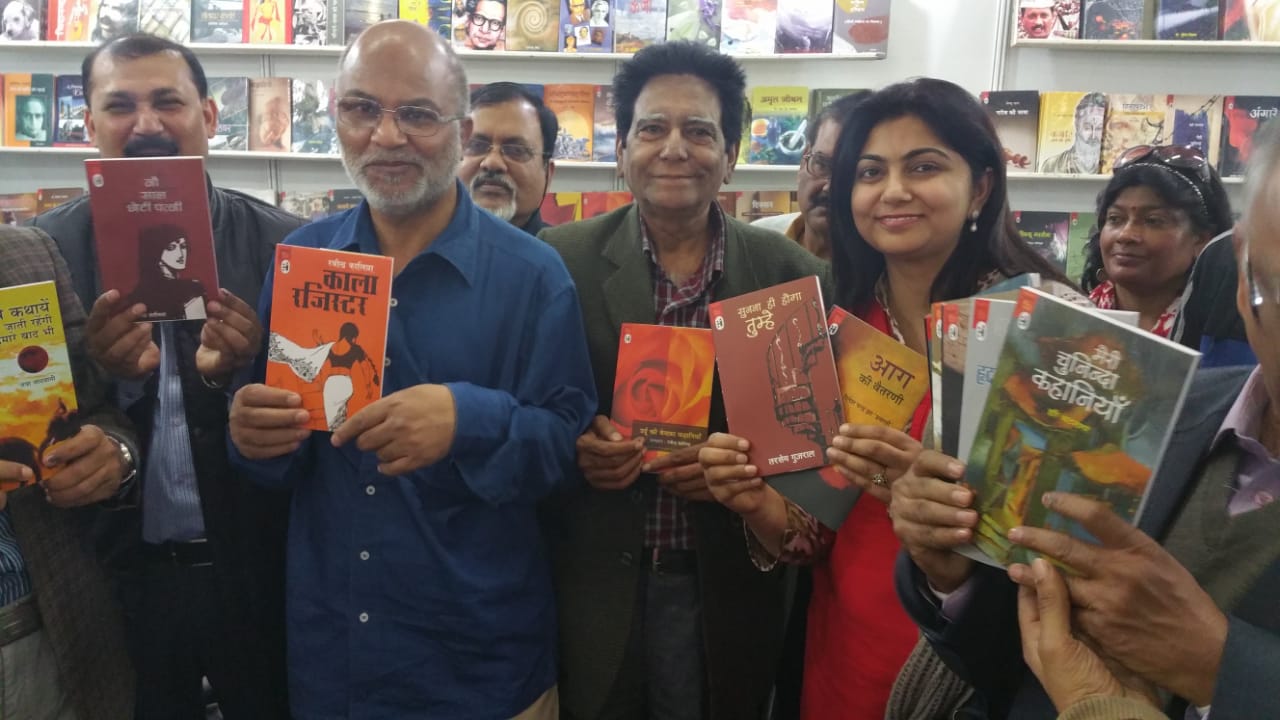 “Be courageous  -Be dedicated – Be wise” are the three mantras of Mr. Gujral’s life.

The Art of Fashion and Luxury

Namrata Mishra- A Humanitarian On Mission

Dr. Tarsem gujral- An interface with a novelist

Shilpa Bhatia, who is an educationist and blogger, is basically from Punjab. She holds a post graduate degree in Math and professional degree in Education.
Contact us: shilpa@apricotgroup.in